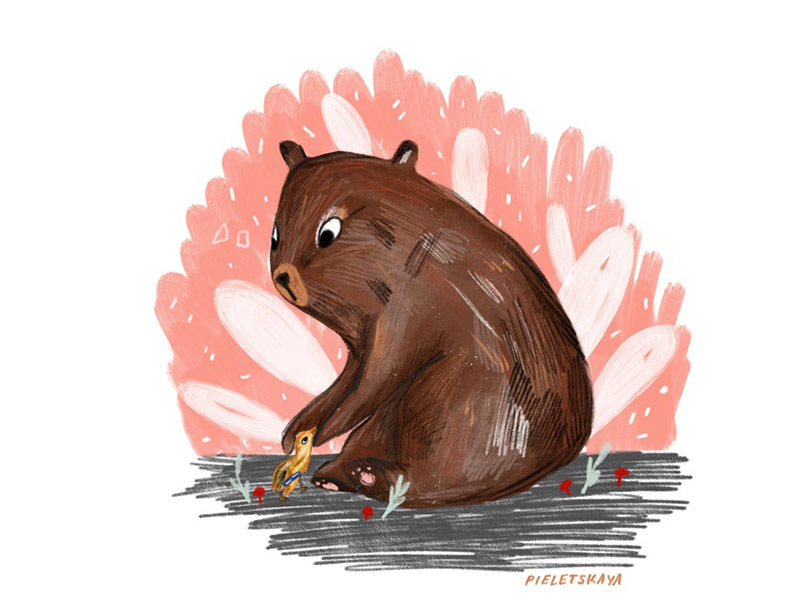 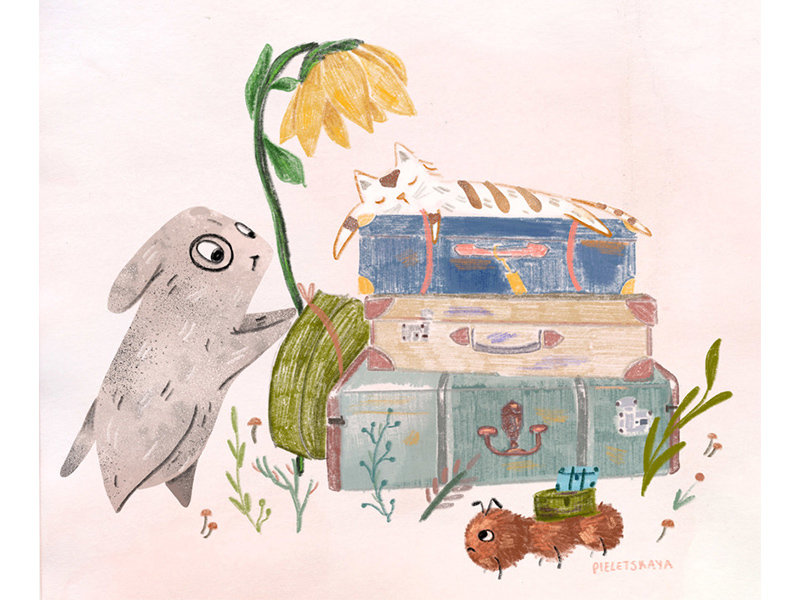 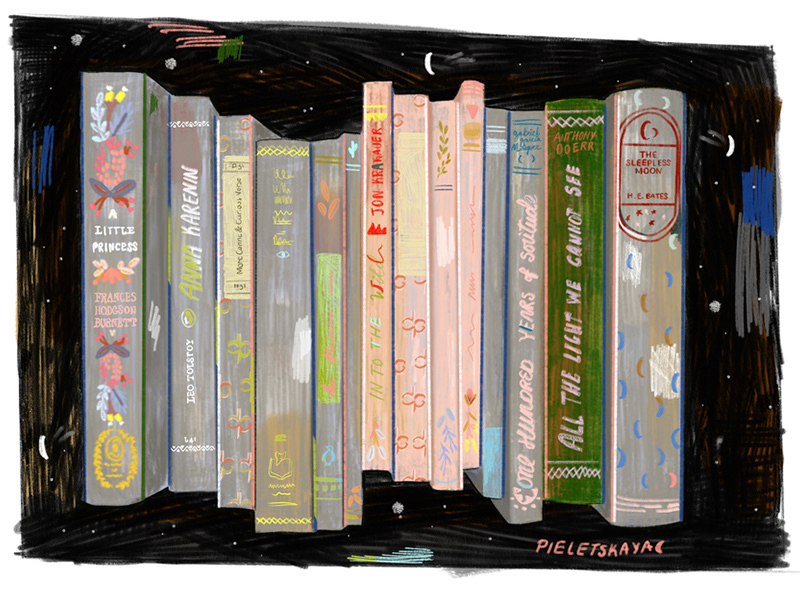 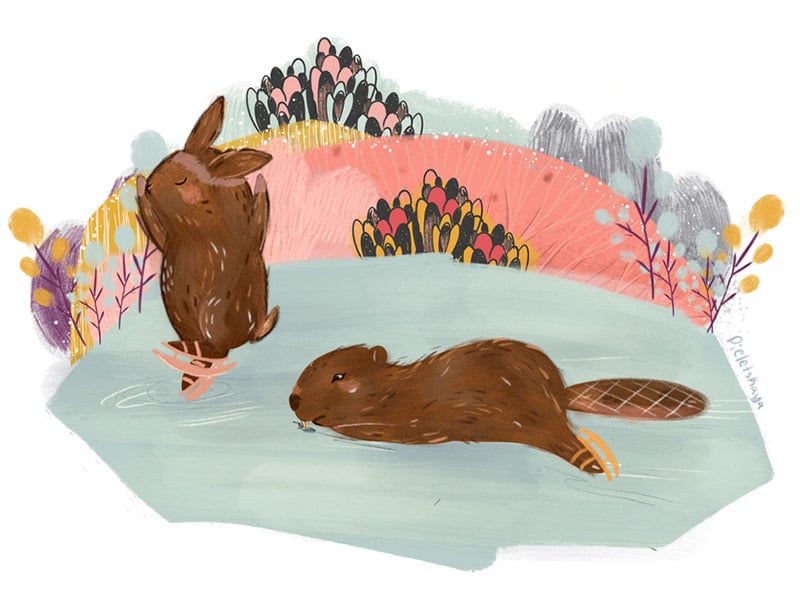 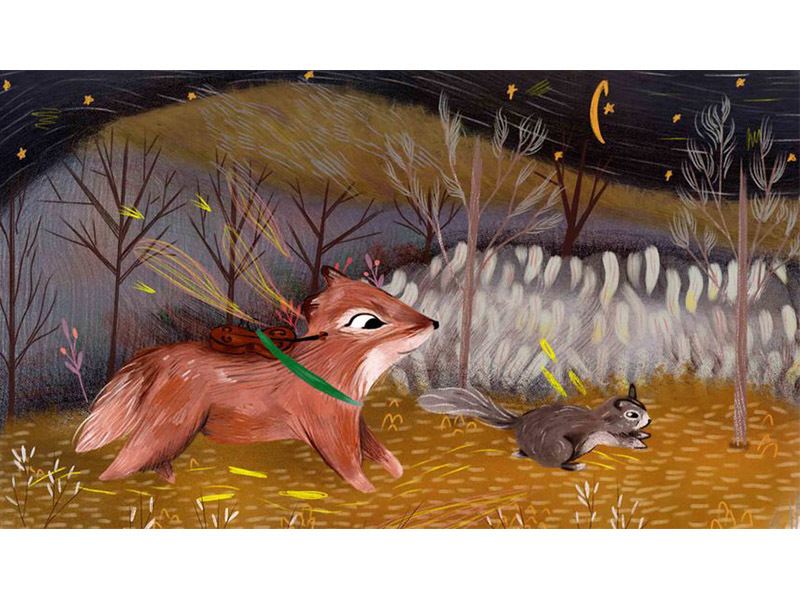 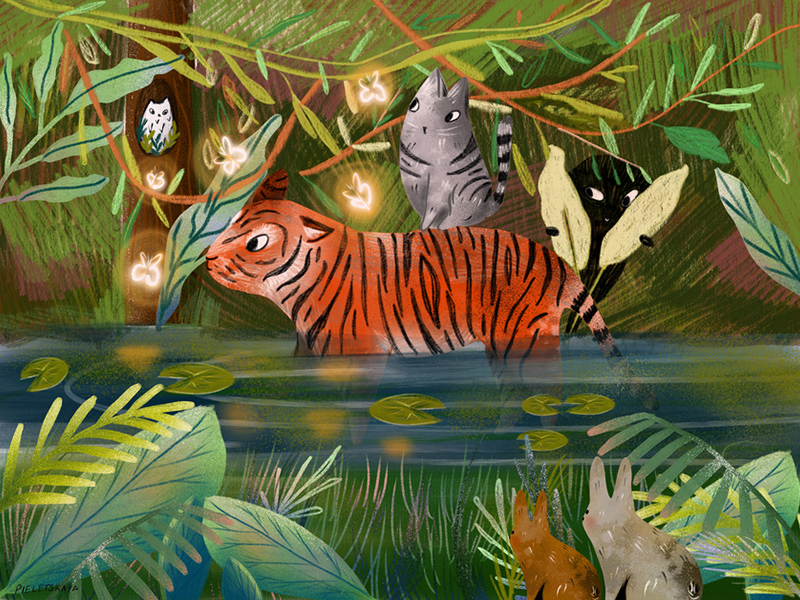 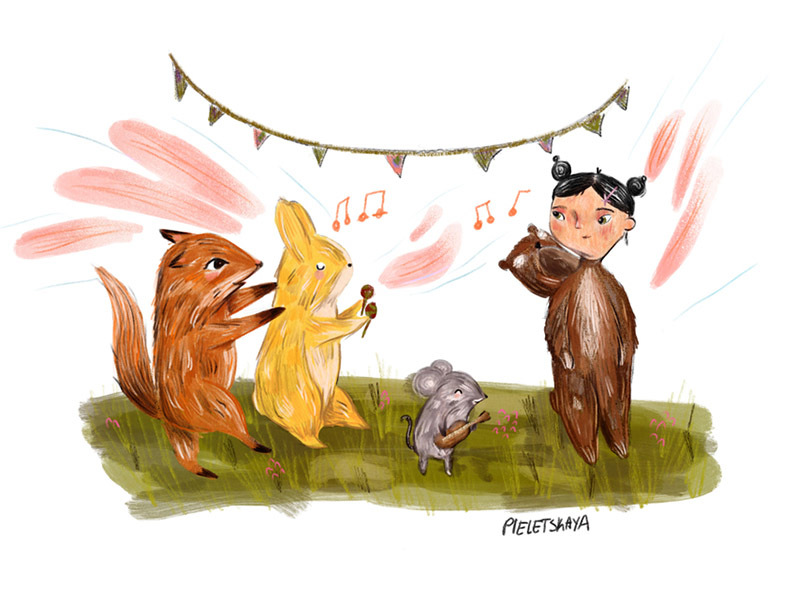 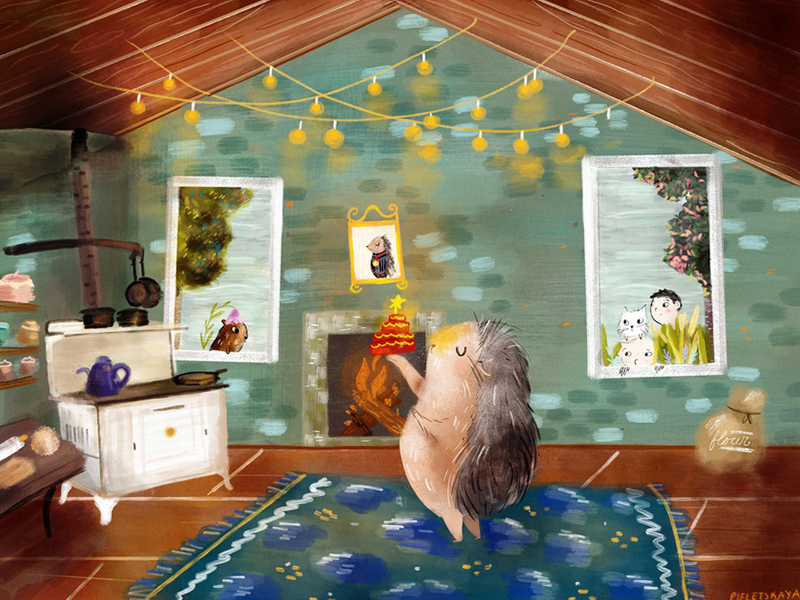 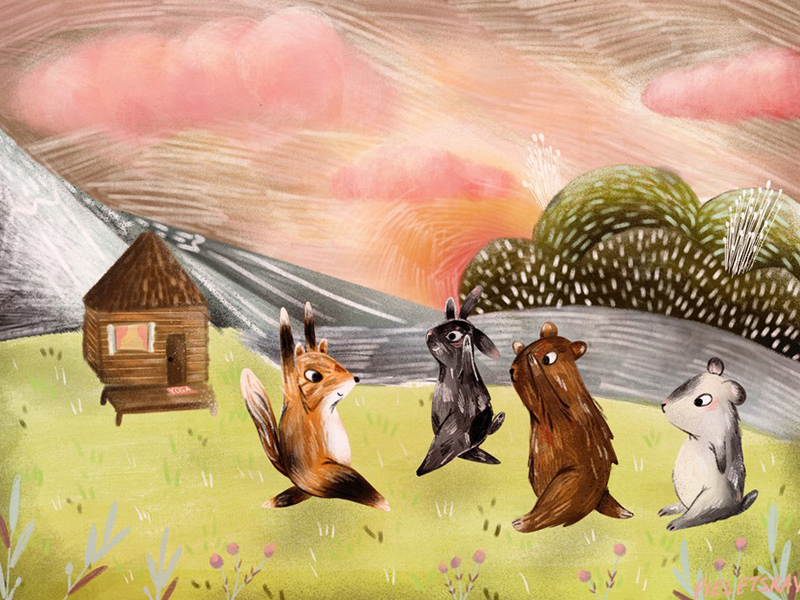 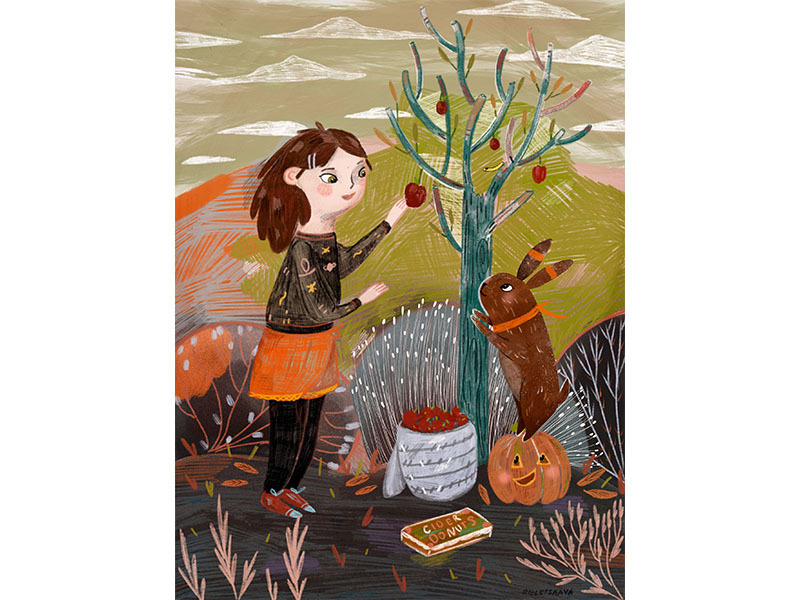 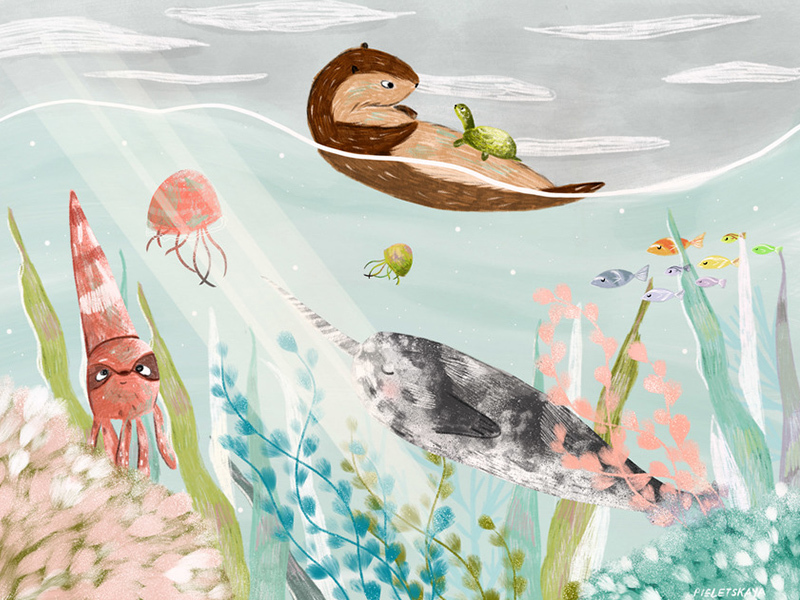 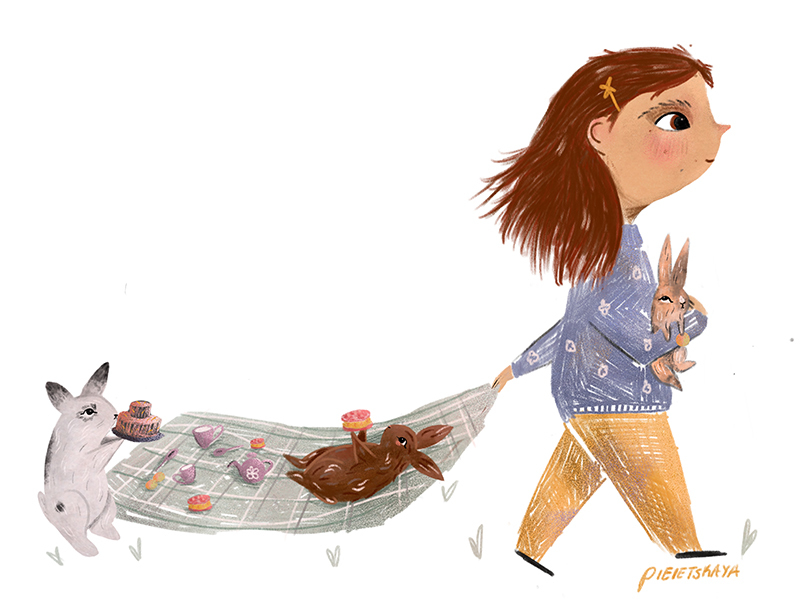 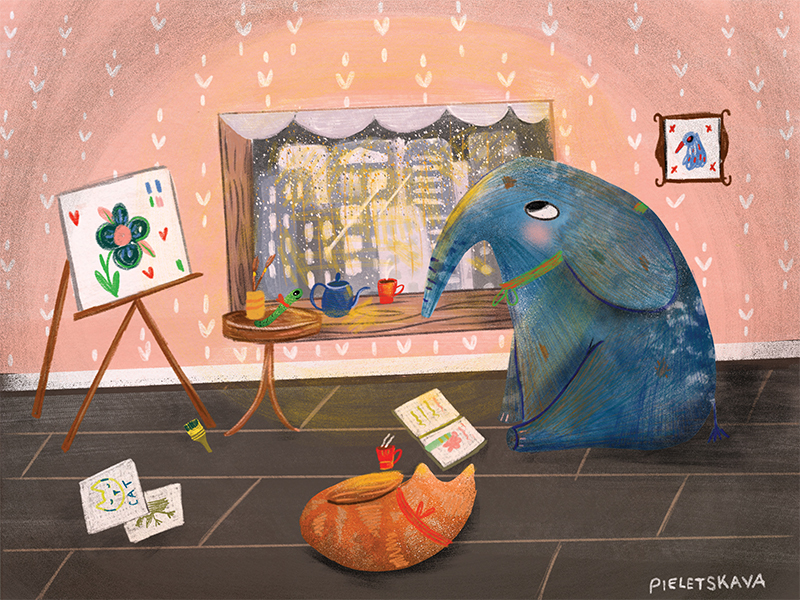 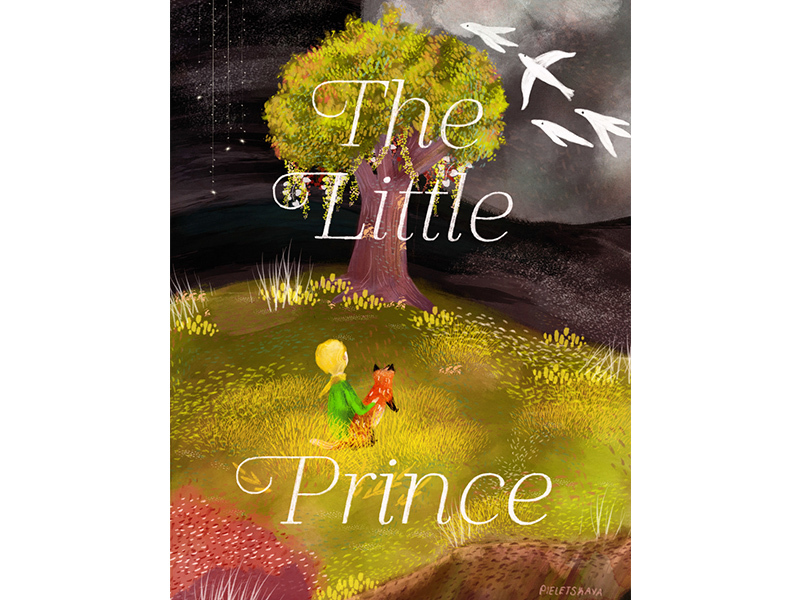 What do bunnies, beavers and bears all have in common? They're all absolutely precious characters in Yuliya Pieletskaya's illustrations!  Originally from Ukraine, our newly signed artist, Yuliya now lives and works in Chicago, Illinois where she gets a great deal of inspiration from her 2 pet bunnies, Marnie and Ham.  We can't get enough of Yuliya's sophisticated color palates and sketchy style! And animal lovers all over are sure to gush over these cute animal characters!  Yuliya's illustrations are perfect for children's books, especially for little ones ages 0-5.

To see more beautiful work by Yuliya, be sure to take a peak at her online Advocate artist portfolio!

"Yuliya Pieletskaya was born in Odessa, Ukraine but spent the later half of her childhood in upstate New York. She graduated in 2012 from the Fashion Institute of Technology with a double major in design and business. She realized she wanted to get into illustration after interning at Marvel Entertainment. Though she had a business internship there, she would spend her extra time pestering the illustrators with questions and watching them render digital illustrations. Luckily they were nice enough to teach her a few things and she now uses a combination of traditional mediums and digital rendering in her work. Since graduating, alongside working on commissions and freelance illustration, Yuliya has been creating and selling her own collection of greeting cards and coffee mugs. Like many artists she finds, nature and animals a cherished source of inspiration. She currently lives in Chicago, Illinois with her two bunnies, Marnie and Ham. When she is not working you can find her in a city park checking up on the ever expanding wild bunny population of Chicago. If she wasn’t an illustrator she would be working in wild animal rescue and rehab. Yuliya is a member of SCBWI."