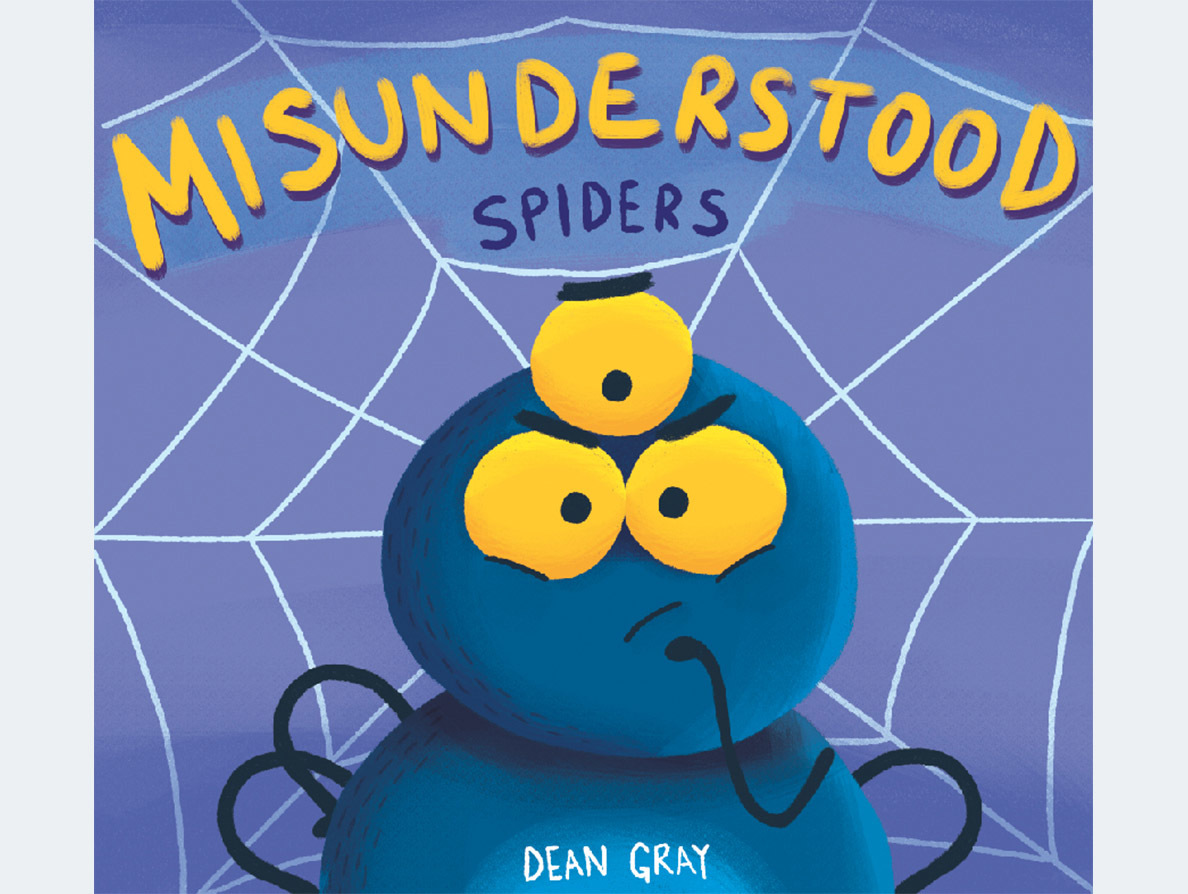 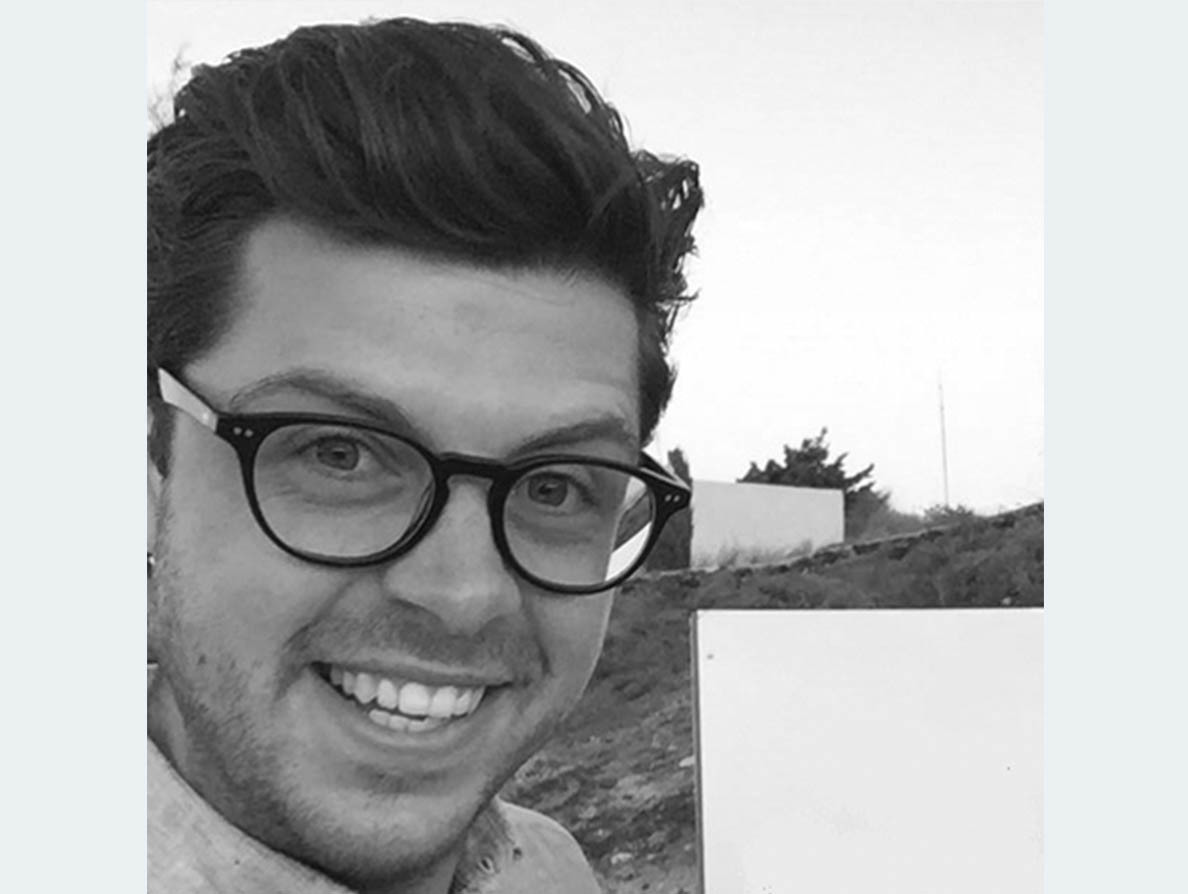 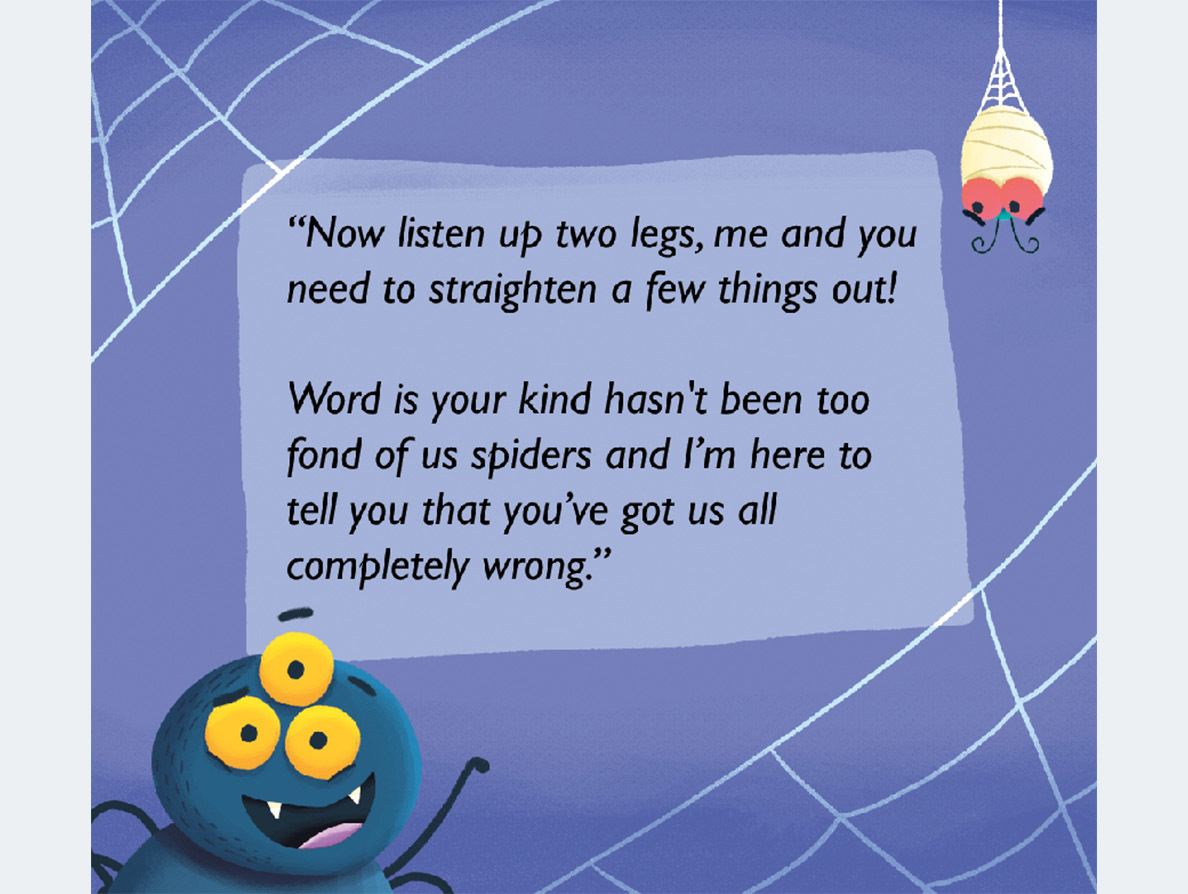 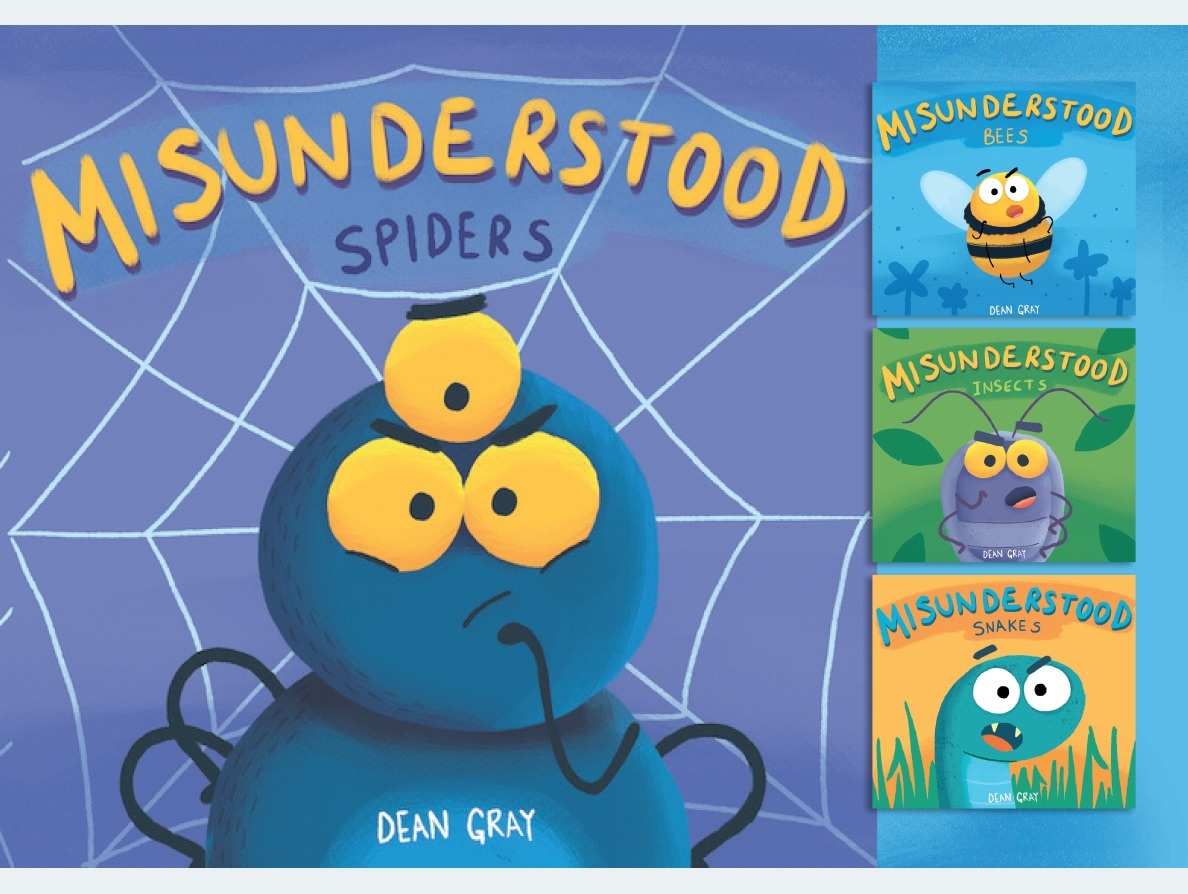 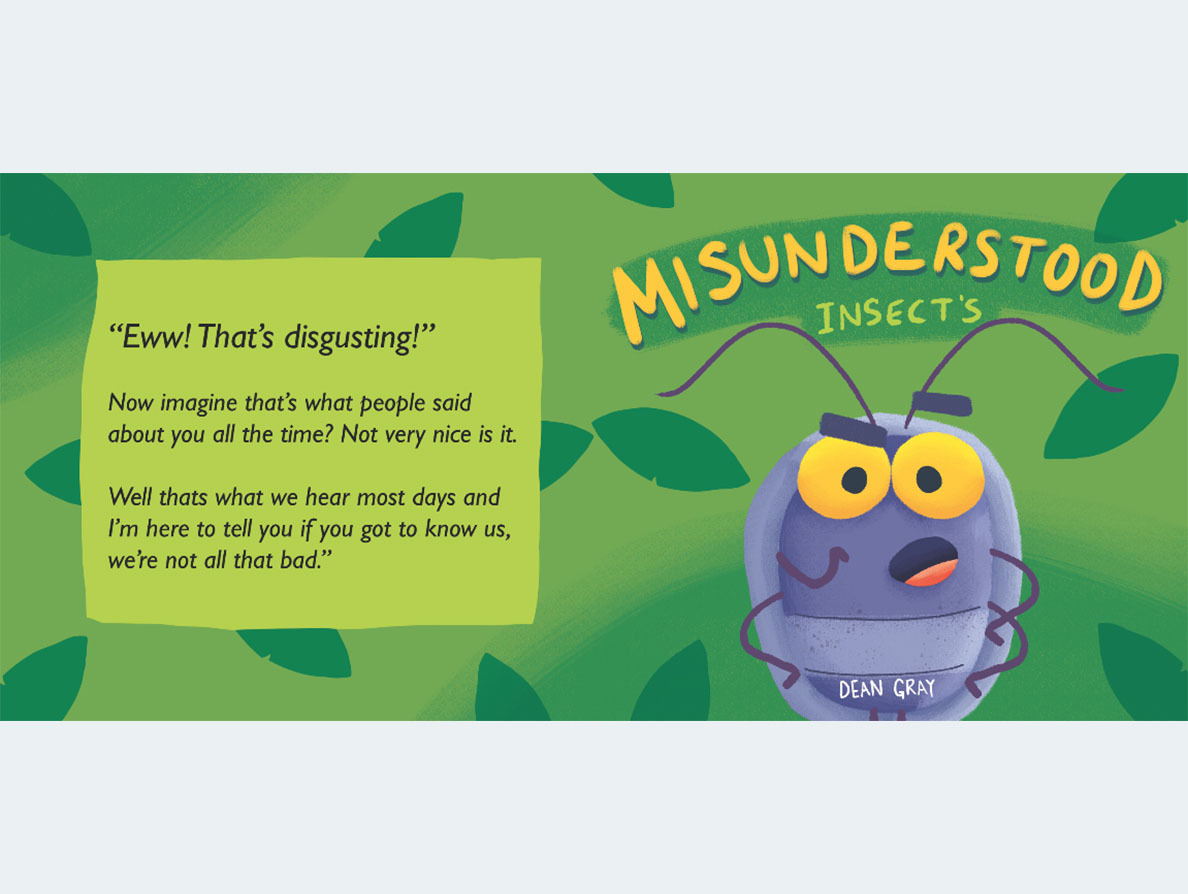 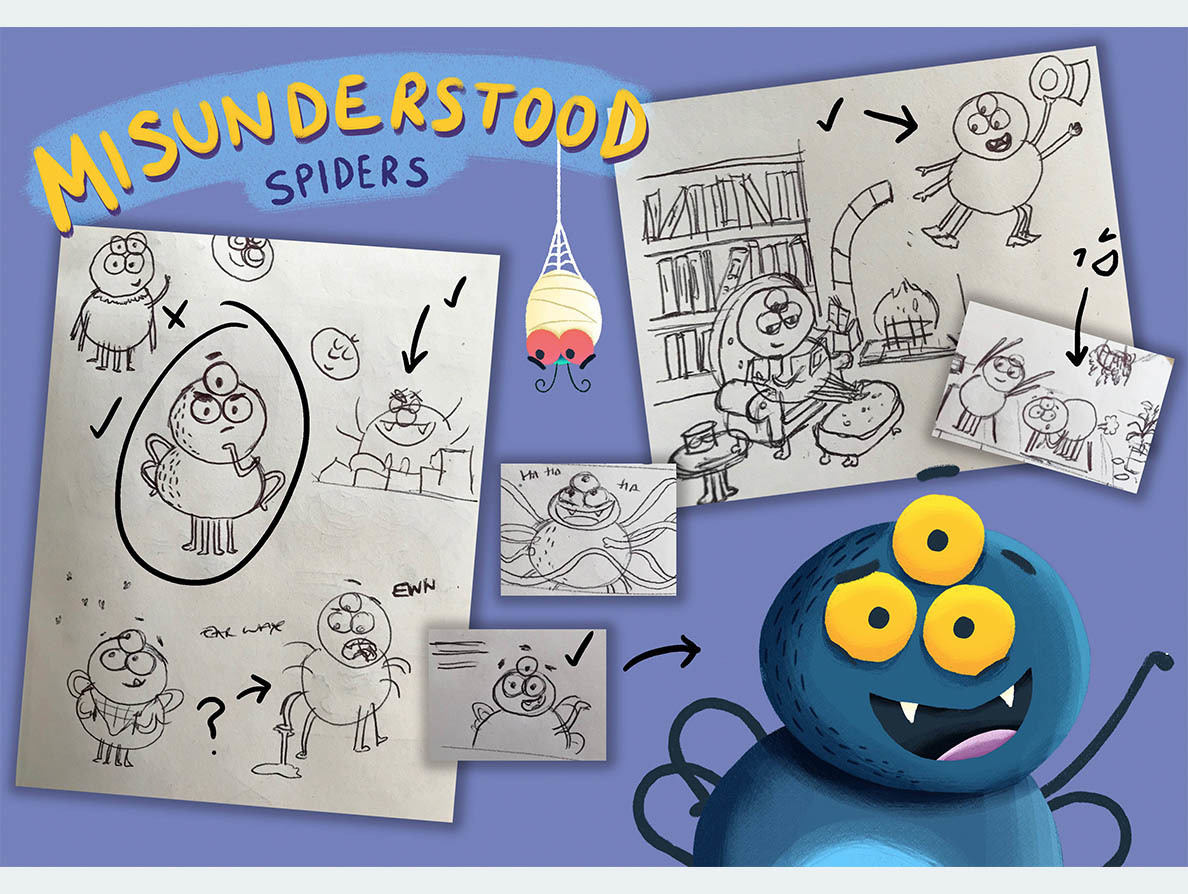 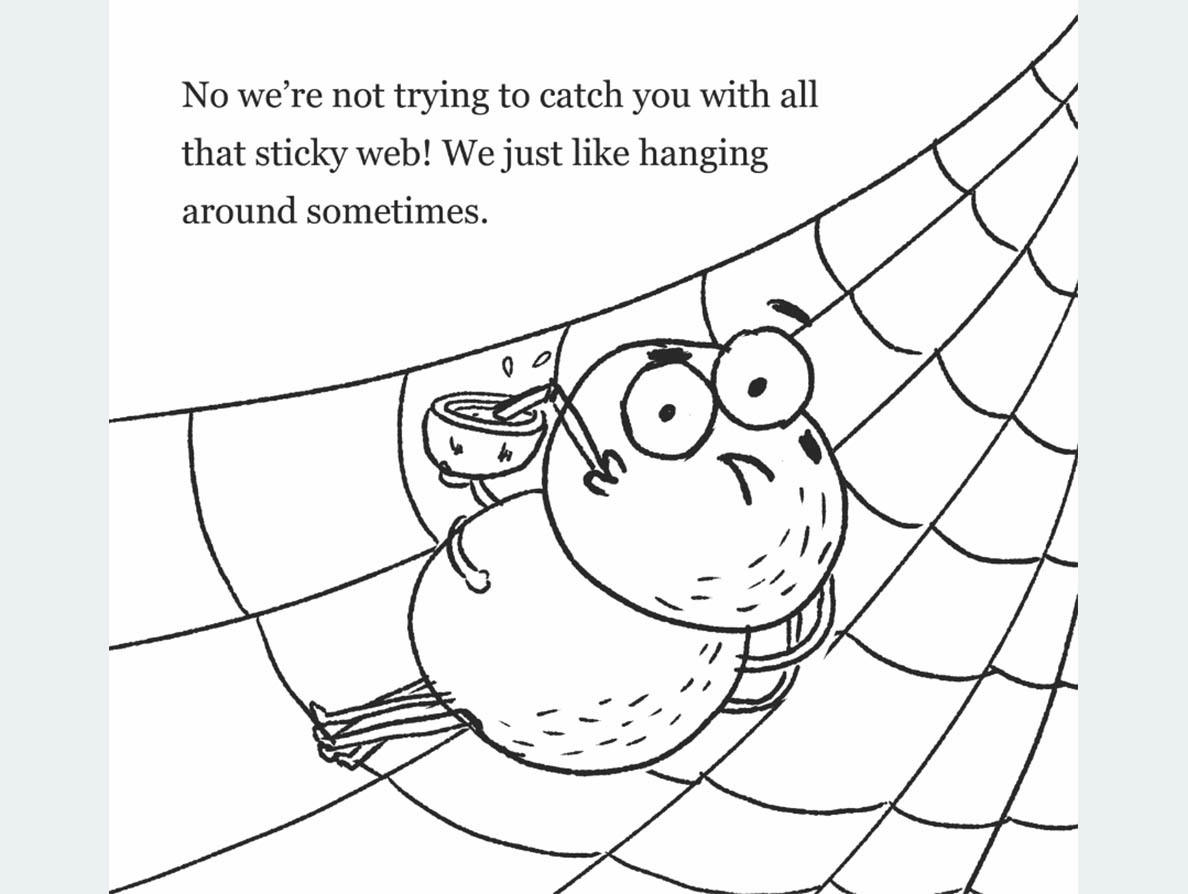 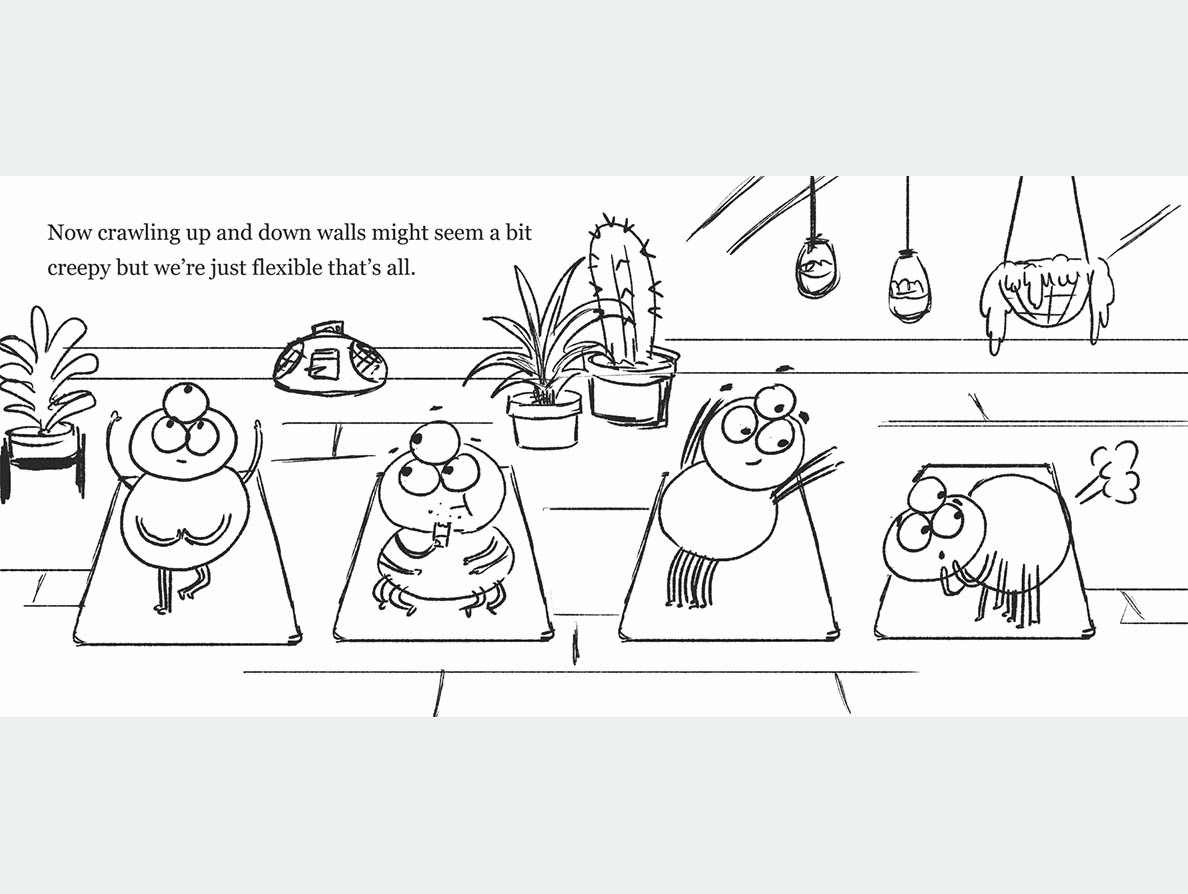 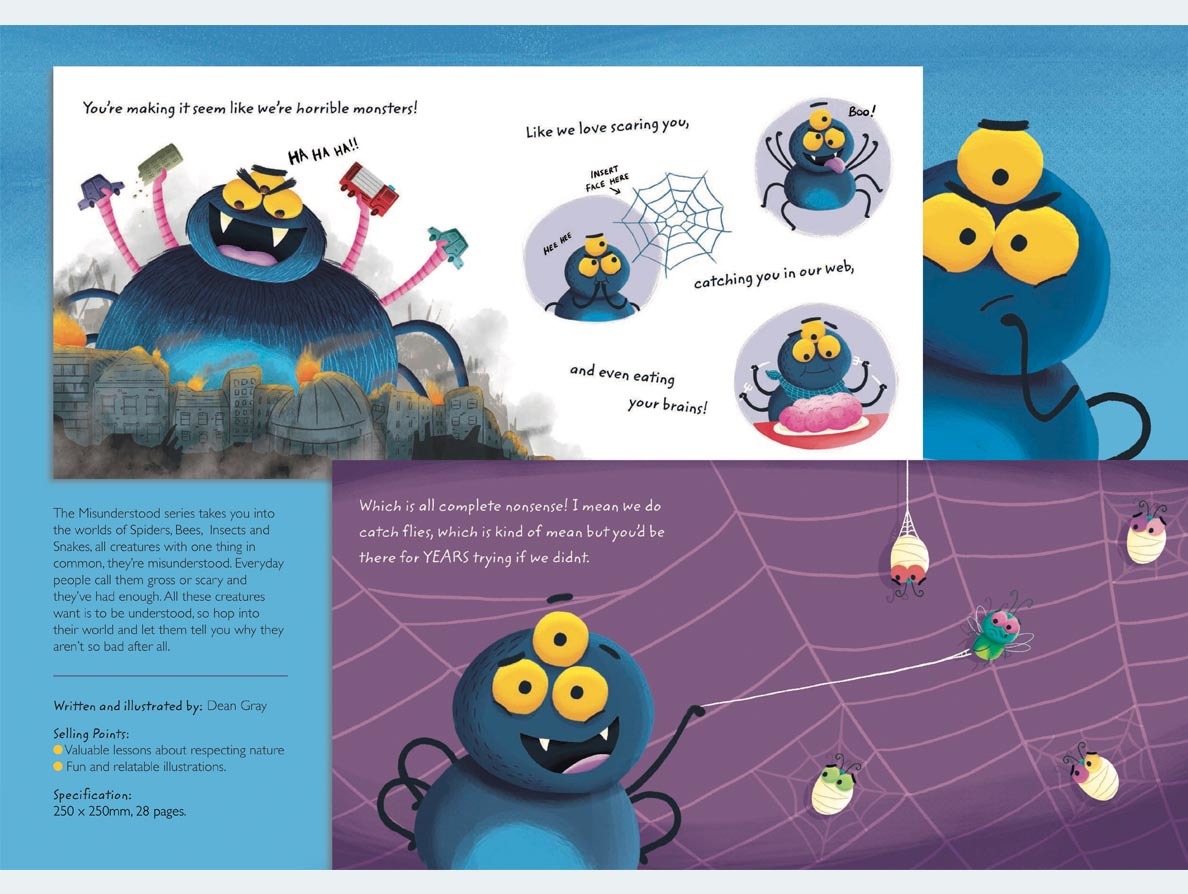 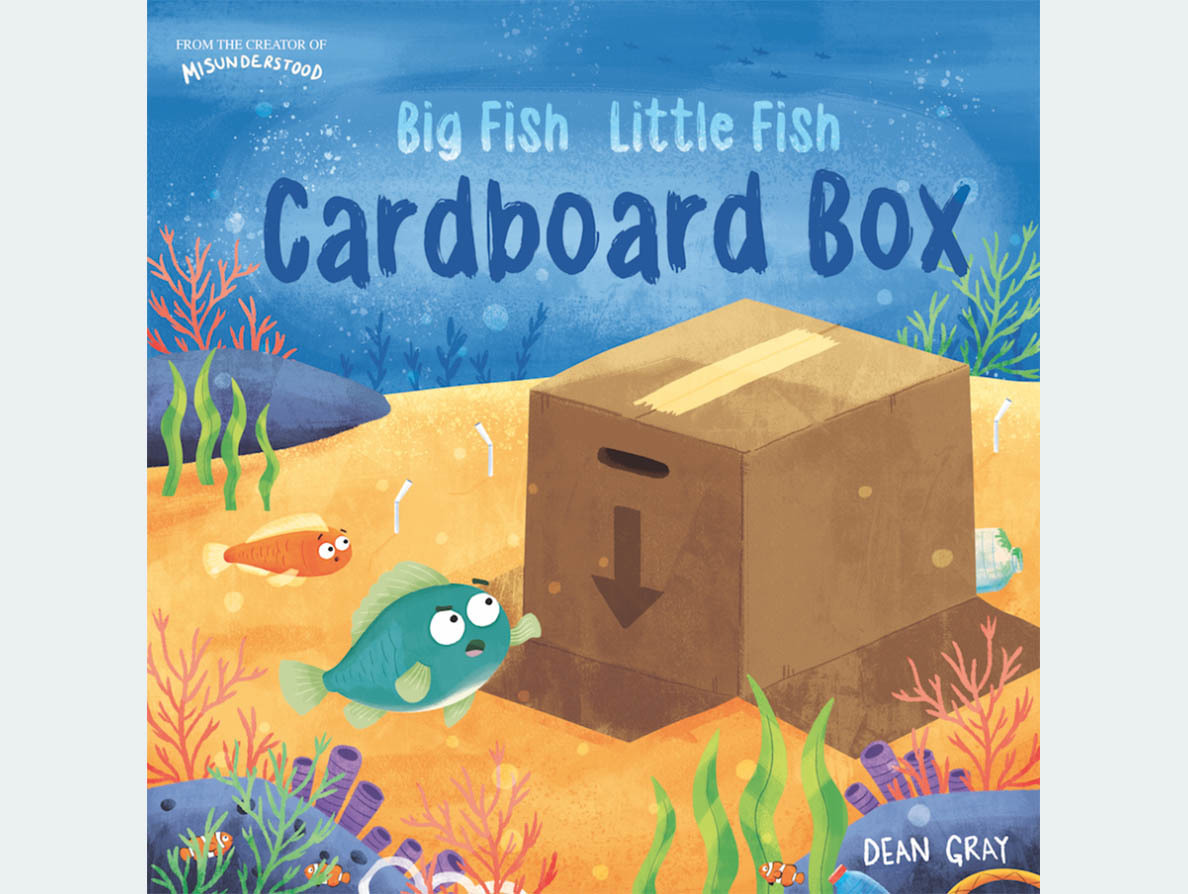 Hot off the presses, we have a new Lab idea from the extremely talented Dean Gray and Collaborate Agency!

Dean wrote and illustrated this charming new title Misunderstood Spiders, which is part of a series that takes the reader into the worlds of spiders, bees, insects and snakes.

All the above creatures have on thing in common - they’re misunderstood! Every day people call them gross or scary and frankly, they’ve had enough! All these creatures want is to be understood (and appreciated), so the Misunderstood series invites readers to hop into their world and let them tell you why they aren’t so bad after all.

Dean was inspired to develop this title after considering the occasional eight legged friends visiting his apartment. One day while grabbing for a book to deal with a spider in his midst Dean convinced himself to be brave and instead grabbed a glass and did the right thing - he caught the spider and let it go. All the while he had doubts - what if the spider told all their friends what happened and would return with reinforcements?

But after a while he started thinking, why what if the spider had no ill intentions at all? Maybe they just wanted to say hello, and perhaps even they’d been roommates the past year? He was then interested in hearing the spider’s side of the story, and thus the Misunderstood series was born! It soon developed into not just an exploration of the better qualities of spiders, but also all the animals we give a hard time. The Misunderstood series gives them a chance to set the record straight (delivered in a somewhat ridiculous, hilarious manner).

Readers will be delighted by the obvious comedy of Misunderstood Spiders and Dean’s endearing characters help spin a riveting tale. Sure to be loved by children and parents alike, as it imparts not only a charming narrative but also valuable lessons about respecting nature (even the ickier inhabitants of our ecosystem). Dean’s fun and relatable illustrations make this project perfect for children’s publishers, particularly within the 0-5 range.

Interested in hearing more about this story idea? Don’t hesitate to get in touch with one of our agents! We’d also be remiss to not mention that Dean has another story idea with Collaborate, Big Fish, Little Fish which also cleverly imparts another valuable lesson - it addresses the issue of plastic pollution in our seas. Above you can see more information about Misunderstood Spiders (including some process pieces) as well as a sneak peek of Big Fish.

We wouldn’t blame you for wanting see even more, as the above is all incredibly enticing - make sure to check of Dean’s online illustration portfolio as well. Want to know more about the story ideas we develop with our illustrators? Let us know! Our agents would be delighted to meet with you and go through them in more detail, as well as to share our full publishing portfolios. Get in touch today to book an appointment with us and hear more.