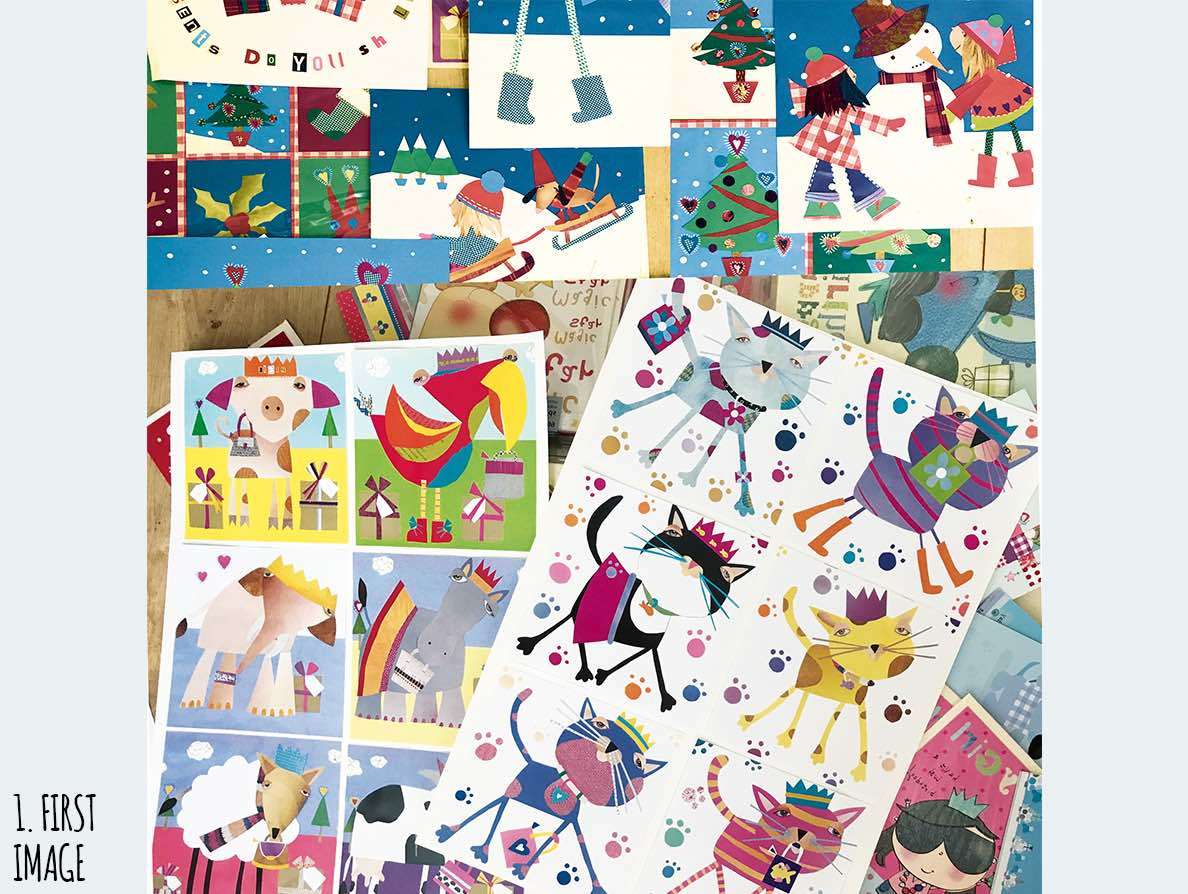 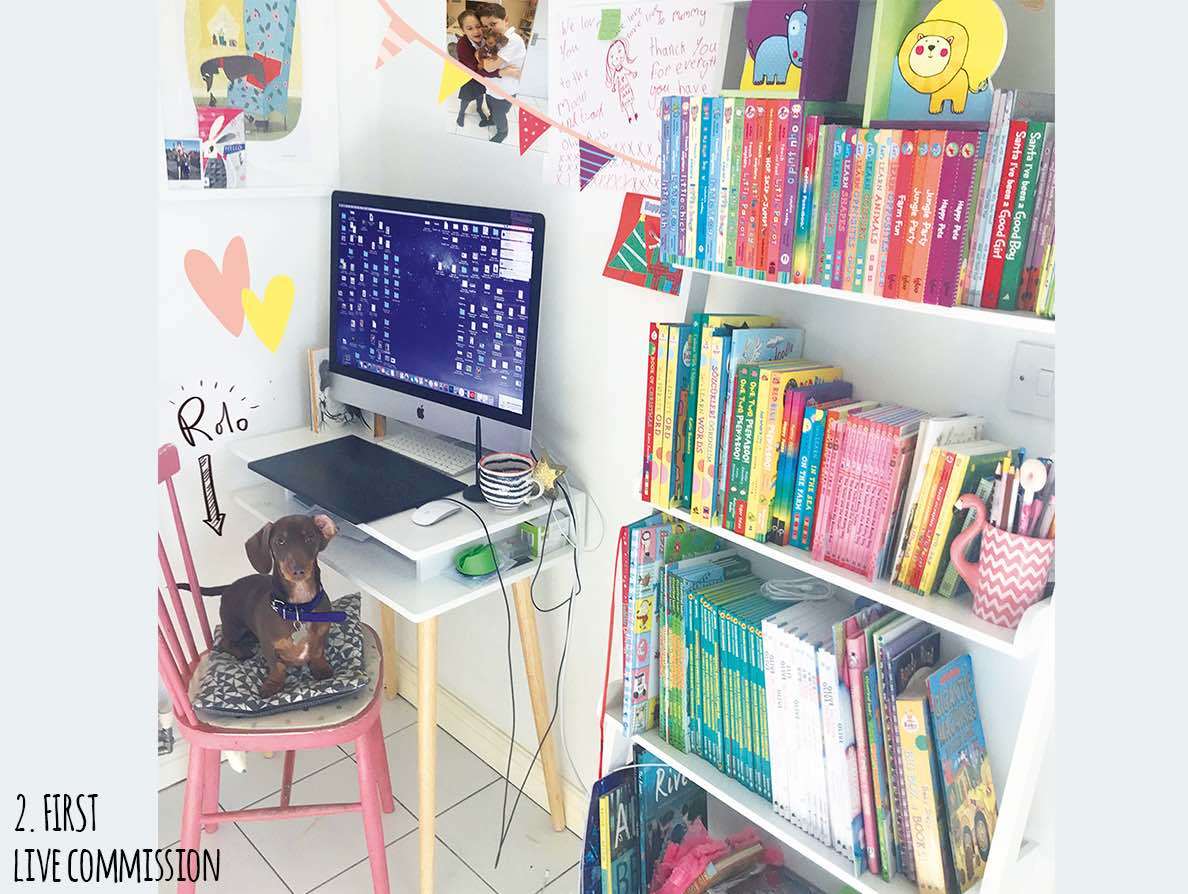 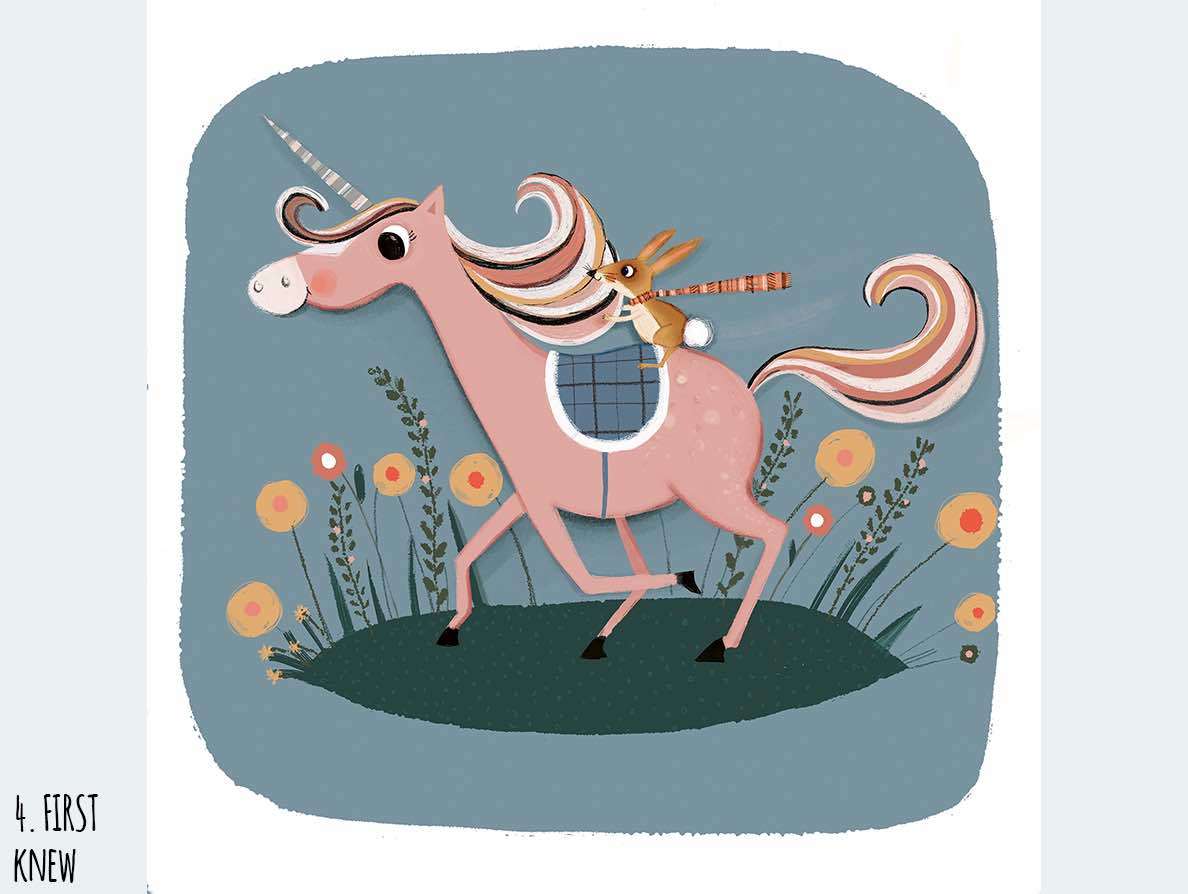 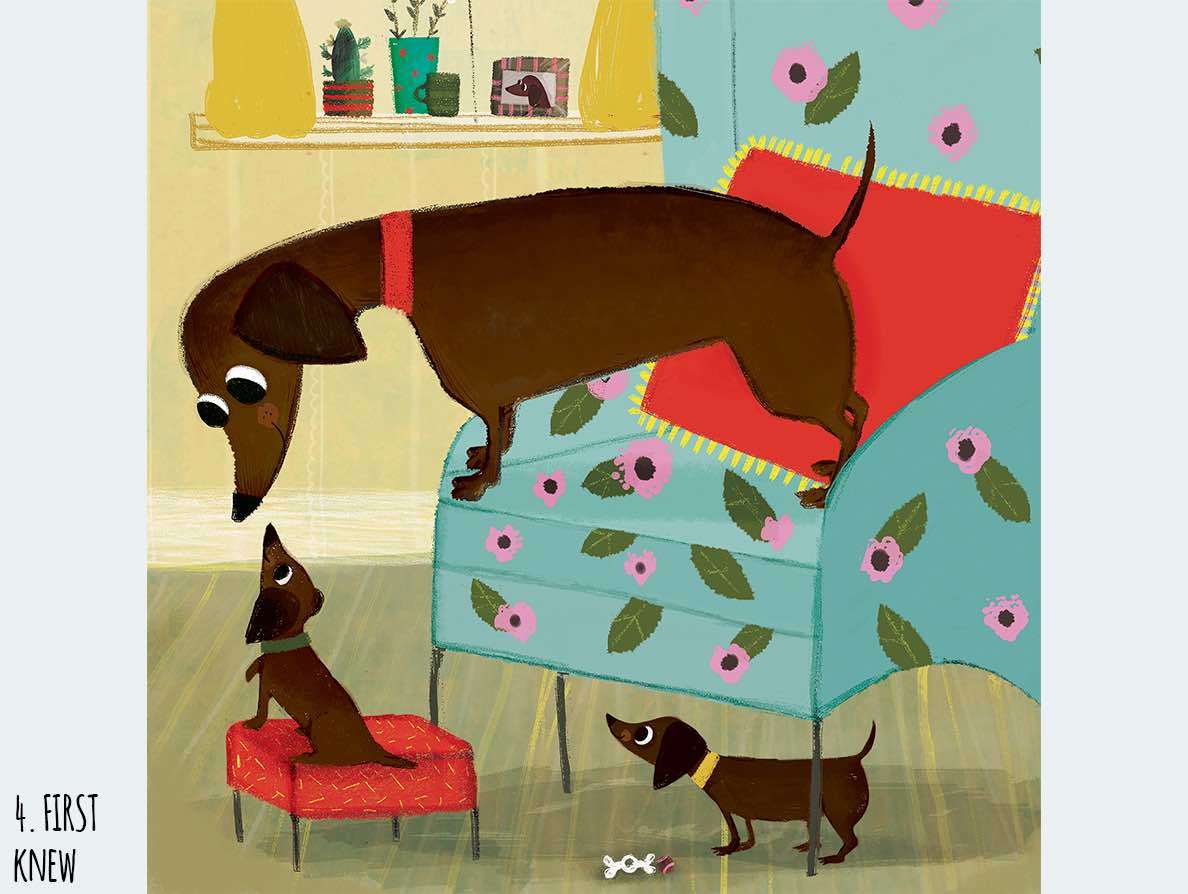 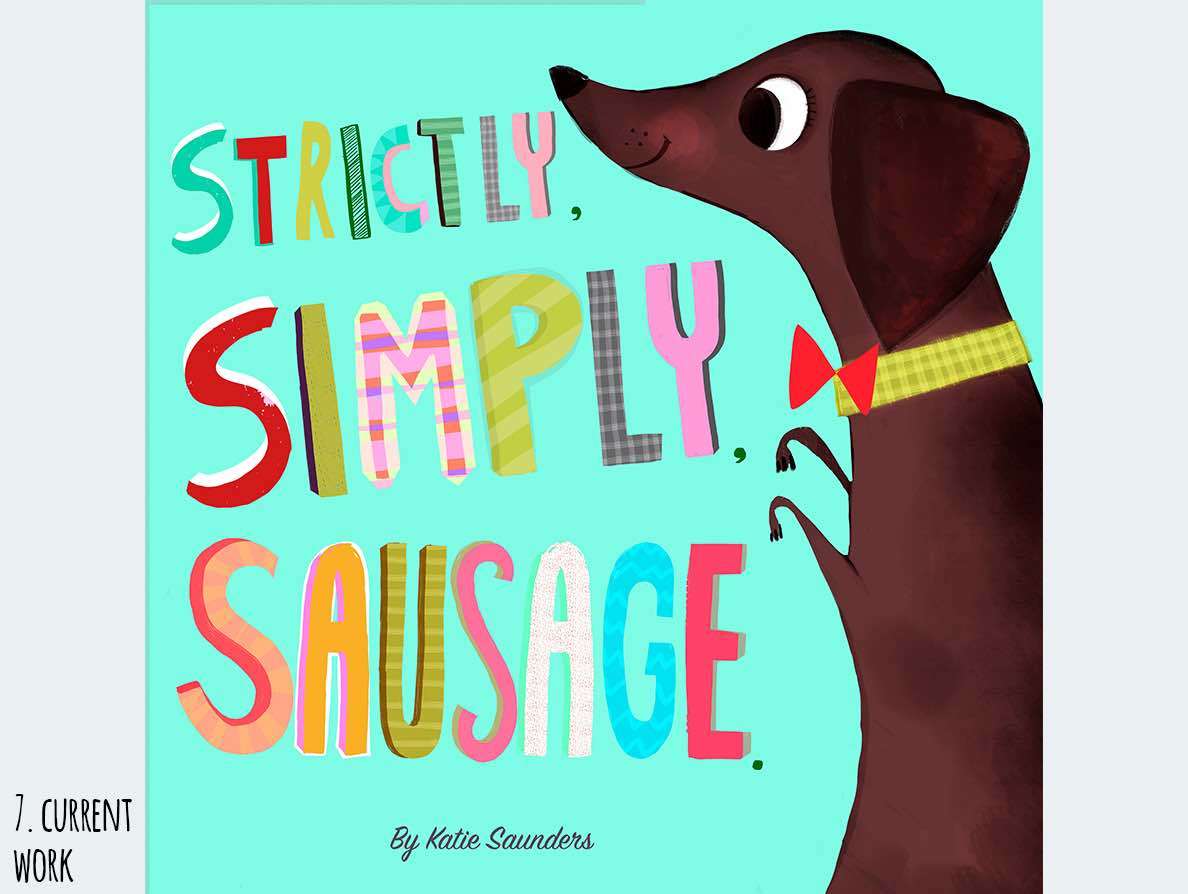 Our last Throwback Thursday for January! This week we are featuring our talented available artist, Katie Saunders, whose work have been well-suited for both Art Licensing and Children's Publishing. Katie joined Advocate-Art in 2002 and we have loved seeing her style evolve, from her quirky characters to eye-catching colour palettes. Katie's artwork can be spotted on Greetings Cards, for Birthdays, Easter and Christmas, as well as many other products too! Her soft scenes, and expressive characters have been well received for our 0-5 publishing category too.

We asked Katie to travel back in time to some of her first memories with Advocate. Have a read through the short Q&A below, and scroll through the pictures above. If you want to see more, be sure to check out her online Advocate portfolio, or get in touch with one of our artist agents to book a meeting!

1) First Image you sent to Advocate, and was there a story behind it?
The first image or images I sent to Advocate (around 16 years ago omg!) were hand collaged animals, it was at a time when I could not even turn a computer on - let alone design on one! Everything was hand drawn in ink, but I had a massive passion for fabrics and colour and hand sticking them in collage. I sent a floppy disk with work on with a picture of a big yellow giraffe on which was all hand made and collaged by hand. I had just left university and I sent it to anyone who might be interested in working with me.

2) First design of yours to sell - what design was it and who was it to?
I think the first piece of work I sold with Advocate was a greeting card with an angel on. I had invested in a Mac and had been playing with designs, which Advocate liked. It got turned into a stationery range later on! I still have some of the books - which my daughter draws in now.

3) First live commission from a client; who was the client and what was the project?
I think I did a book about counting to ten with cupcakes for a company in America, which looking back must have taken ages as, it was hand done and scanned in. I also remember working for Nicola Baxter Publishing doing a funky hair book (it showed girls how to look after their hair and style it) I remember working through the night because any correction had to be re-drawn then without a computer to help. I remember I had no idea how to work in layers and what CMYK was? I muddled through somehow, trying to teach myself Photoshop and the basics in Mac! I am afraid I don’t have a picture of these books but I have a photo of just some of the books I’ve illustrated on the shelf in my studio (spot my faithful sausage dog Rolo).

4) First time you knew you wanted to be an Illustrator - an image, a person, an exhibition etc..?
I was always drawing and at the age of five had a picture of a rabbit published in Twinkle magazine. As I got older I did Fine Art and pencils and water colours and funny enough when I went to University I studied Fashion design for the first year as I wanted to be a fashion illustrator... I didn’t like fashion - I just wanted to draw! I hated making clothes so I changed to an Illustration Degree after the first year and I never looked back. In 2001 I obtained a First Class Degree. 17 years later my work is so very different…. I also have lots of different styles and still going strong.

5) First Sample you received with your designs on - do you have a picture of it and tell us about the project…
The first sample I have is a Playdough set I illustrated for Marks and Spencer. It had a play mat with my designs; there was an alien and a fairy one I think! And also loads of cards samples - I have cupboards full..!

6) First time you were proud of a piece of artwork, what was it and why?
I think the first time I was proud of a piece of artwork was in 2007-8. I was expecting my first child and I wanted to do something nice for his nursery so I created an underwater picture of animals deep sea diving. Then I sent it to Advocate… This one design lead me to 10 Touch and Feel books with Little Tiger!

I am also very proud of the book I wrote and Illustrated about my children Olive and Archie - ‘Olive Marshmallow’. It was only meant for them to keep but it was sold by Advocate and I was also asked to do a sequel “Olive the Alien”. These books have sold all over the world, which is a fabulous keepsake for my children. It also lead to me illustrating and writing two more baby books, which I also had to work out all the technical parts to - like the flap positions as it was a lift the flap book. It’s funny to think that just one lucky image can lead to so much!

7) Back to the Present - what are you working on now?
At the moment my black ink style has become popular so I have just finished a set of 4 older fiction books called the Finny Island Chronicles. I also have a baby book with Bloomsbury starting now and I am finishing writing a book called “Strictly Simply Sausage” which is a story about a sausage dog who becomes a ballroom dancer! (We have a sausage dog at home). I am also working on some new greeting card designs.


Katie Saunders was founded by our team of illustration agents, based at our UK and USA illustration agencies. If you think any of our artists would be perfect for an upcoming project, be sure to get in touch with an agent!